Ladies Team Win Against the Men

Congratulations go to Brian Thistle and his playing partner John Nimmo (Balmore Golf Club) for winning the John Watson Memorial Trophy while competing in the Douglas Park Golf Club Gents Invitational day on Saturday 17th August.  Brian and John played well, to record a magnificent net 65 which included a birdie 2 at the 15th hole, This became a net eagle 1 after handicap reduction, which Brian was particularily satisfied with.  However it was not the only 65 to be recorded on the day, as Ian Brodie and his playing partner Gordon Smith (Glasgow GC)  also achieved this same score.  Brian and John, however won the honours after recording a better inward half, by 2 strokes.  The weather on the day was at best “changeable” however I don’t think it really spoilt the day for all those who participated.

The prizes were presented at clubhouse later, however some were not collected.  Therefore the following members can collect there prizes from the secretaries office, when they are next at the club.

And finally how about this for a special effect on the day. 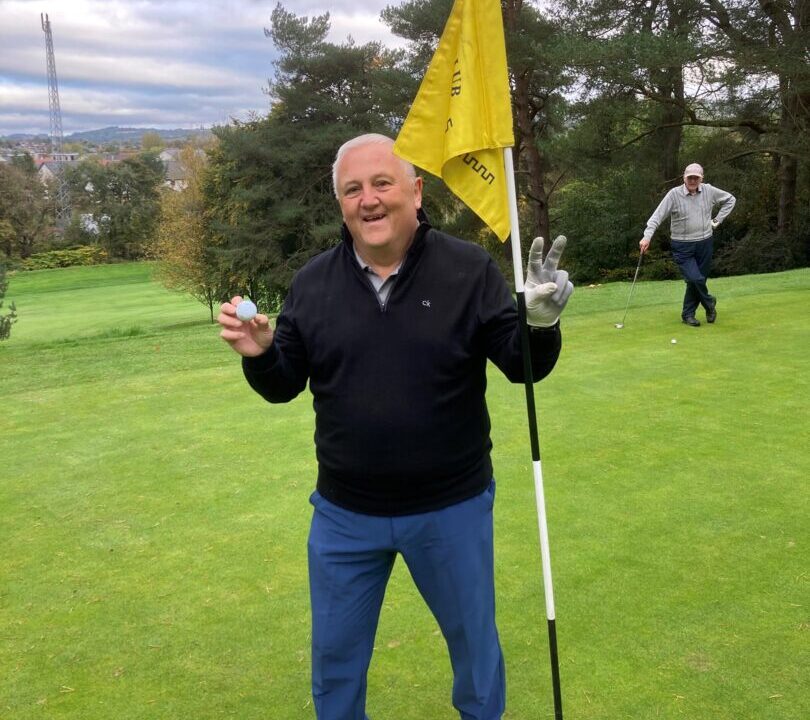