Sixty nine ladies attended this year’s Annual meeting, during which Ladies’ Captain Christina Graham and key speakers, Honorary Treasurer Denise Macnaughton, Match Secretary Barbara Aitchison, and Junior Girls’ Convenor Susan Rattray gave a summary of their year.  In addition to the usual reports and business, two additional matters were raised: the Ladies’ Constitution was updated and a lively discussion was held on the proposal made to the meeting that the Silver Cup Knockout Competition should be open to Silver Players only. The cup, the Ladies’ Section’s first trophy, was presented to the Ladies Section, ninety six years ago, in 1921 by the Gents Committee, to be played for by all Lady Members.  A vote was taken and the proposal was accepted.

Ladies’ Captain Christina thanked her committee and all members for their support over the season and for helping to raise £2380 for the chosen charities this year.  She also made special mention of the Patrick Trophy team on winning the trophy two years running and for the third time in 4 years.

The ladies’ champion, Fiona Rattray concluded the annual meeting with a most amusing speech. 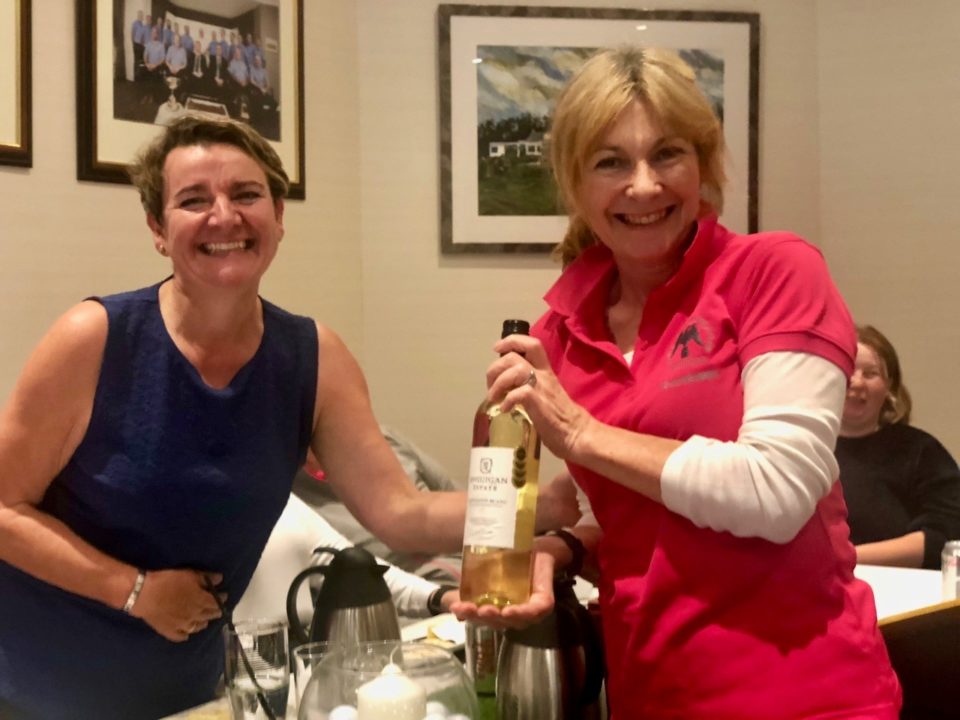