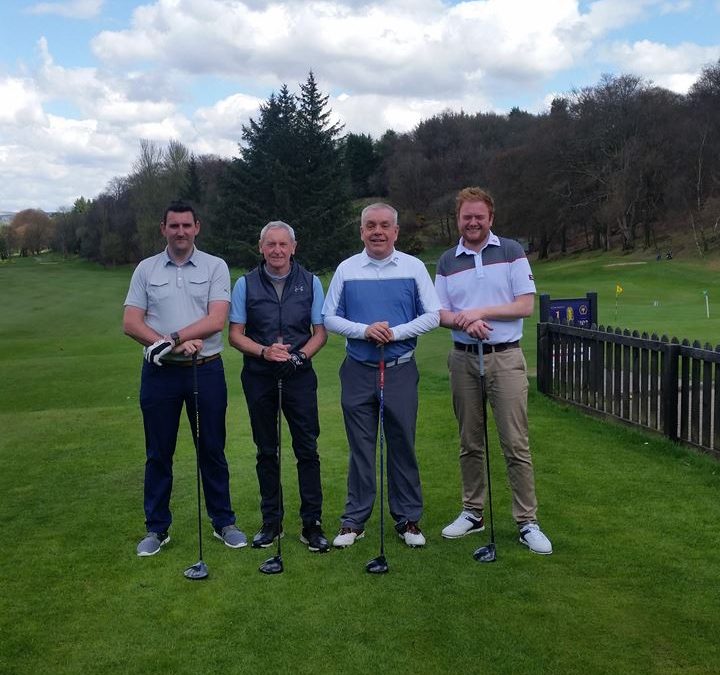 The official opening of the Douglas Park golf season took place on Saturday. The day started with the morning shotgun  stableford  pairs event for the Camel Trophy. This was won by Mark Carnegie and Graeme Maxwell who, due to a prior engagement could not attend the prizegiving. Runners-up Scott Brown and Gareth Young are shown with Immediate Past Captain Alistair Forrest who presented the prizes.

The afternoon was given over to the Captain versus Past Captain’s match. A keenly contested match was won by the Past Captain’s team by 7 matches to 5.

aptain Alistair was officially inducted into the Past Captain’s Society.