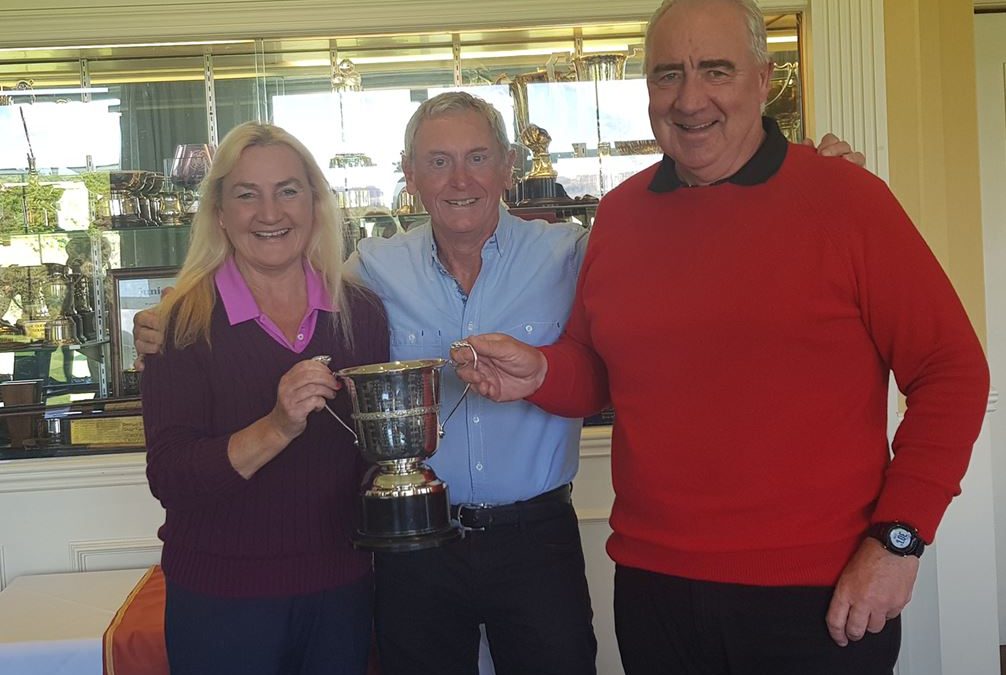 Many thanks to the 16 couples who took part yesterday (13th May) in beautiful sunshine for the Isobel Currie Trophy which also acted as the Club’s qualifier for the “Ping” Scottish Mixed Championship. The top 40 pairs based on stableford scores from Clubs throughout Scotland will qualify to play in the Grand Final at Gleneagles (Queen’s Course) in September.

Congratulations to Lindsay and Carol Stuart who returned the best score of 37 points. Let’s hope this score will get them through to the Grand Final.