Great Time Had a Gin Night 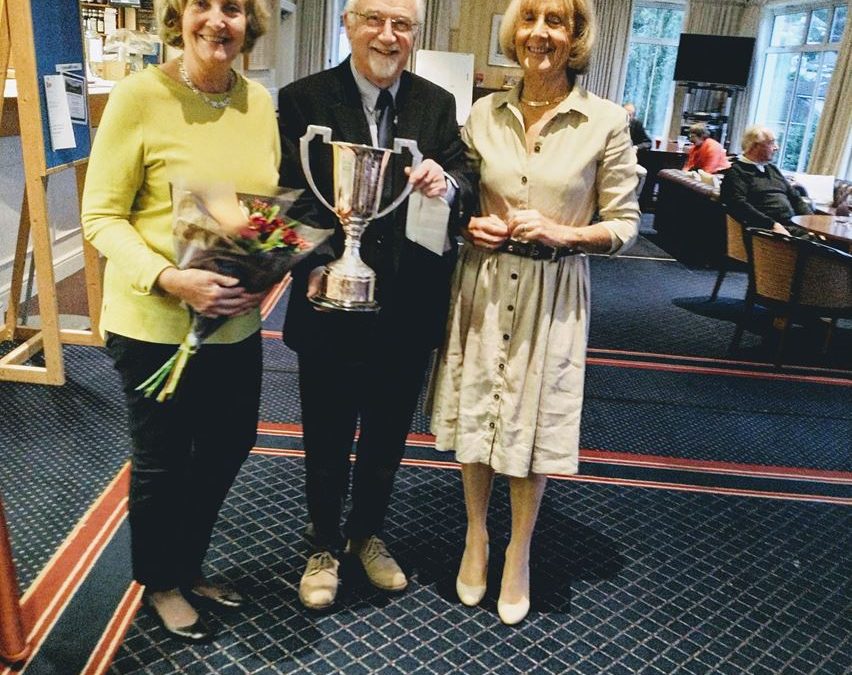 Despite the earlier forecast, the weather remained dry and relatively still for the competitors. This was reflected in some outstanding Stableford scores. Rhona and Ronnie Murison on 40 points just pipped Carol and Lindsay Stewart into second place with a better inward half but the worthy winners of the Sheila Conacher trophy with a very impressive 42 points were Mary and Hugh McLean. Many congratulations to them.

The course was in excellent condition and thanks are due to Drew McKechnie and his course team for their efforts. Thanks, too, to all who helped on the day with the signing-in and particular thanks to Margaret Brodie and Stuart Orr who collated the scores at the end of the rounds.

The splendid evening buffet prepared by Lisa and her staff was greatly enjoyed by all who attended.

Mary and Hugh McLean are shown with the Sheila Conacher trophy presented by Lady Captain Anne Reid. Runners-up Rhona and Ronnie Murison are also shown along with 3rd placed Carol and Lindsay Stewart.