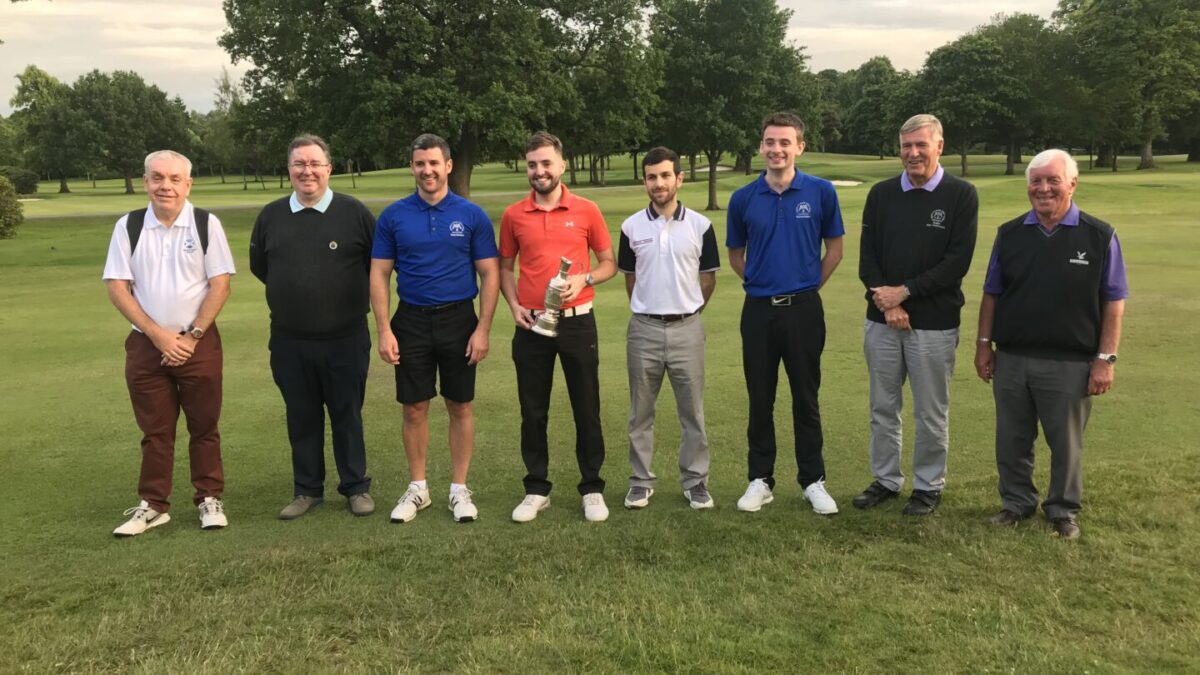 The Donald Cameron foursomes competition held at Glasgow Golf Club has come to a conclusion and I am delighted to confirm that our 4 man team have retained the trophy! We secured victories over Cawder, Clober and Windyhill before beating Lenzie in the final.

In a very close encounter our first pairings, Mark Hughes and Andy Abercrombie were one down playing the last hole and Michael Giovannetti & Matt Anderson were all-square.
In a brilliant finish both pairings won the final hole with par fours to record a one hole win over Lenzie.

The “Claret Jug” was presented to the team with the formal presentation to take place on the 4th February 2022 at the annual dinner which will be held at Douglas Park GC.

Mention should be made of Angus Watson who played in the first three rounds but who could not play in the final due to family commitments.

This was an historic win as no team, in the history of the competition had ever retained the trophy.

Our thanks go to Hugh MacIntyre for his organisation of the team.